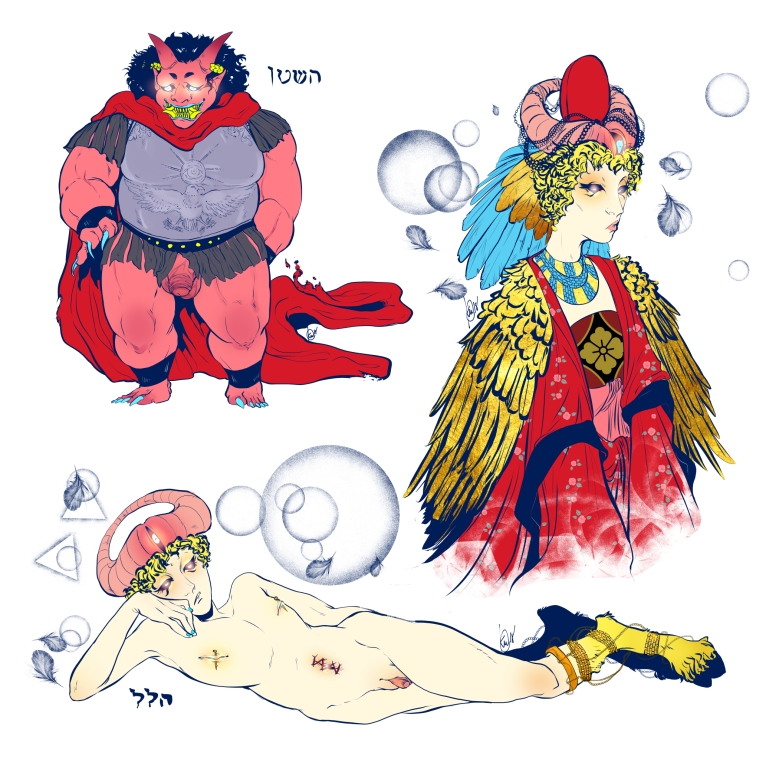 Ha-Satan enjoys torture and killing but its bloodlust can never be satisfied. Lucifer meanwhile is obsessed with perfection and decorating itself, seeing itself both as Better Than You (And Everyone Else) and also profoundly imperfect and ugly.